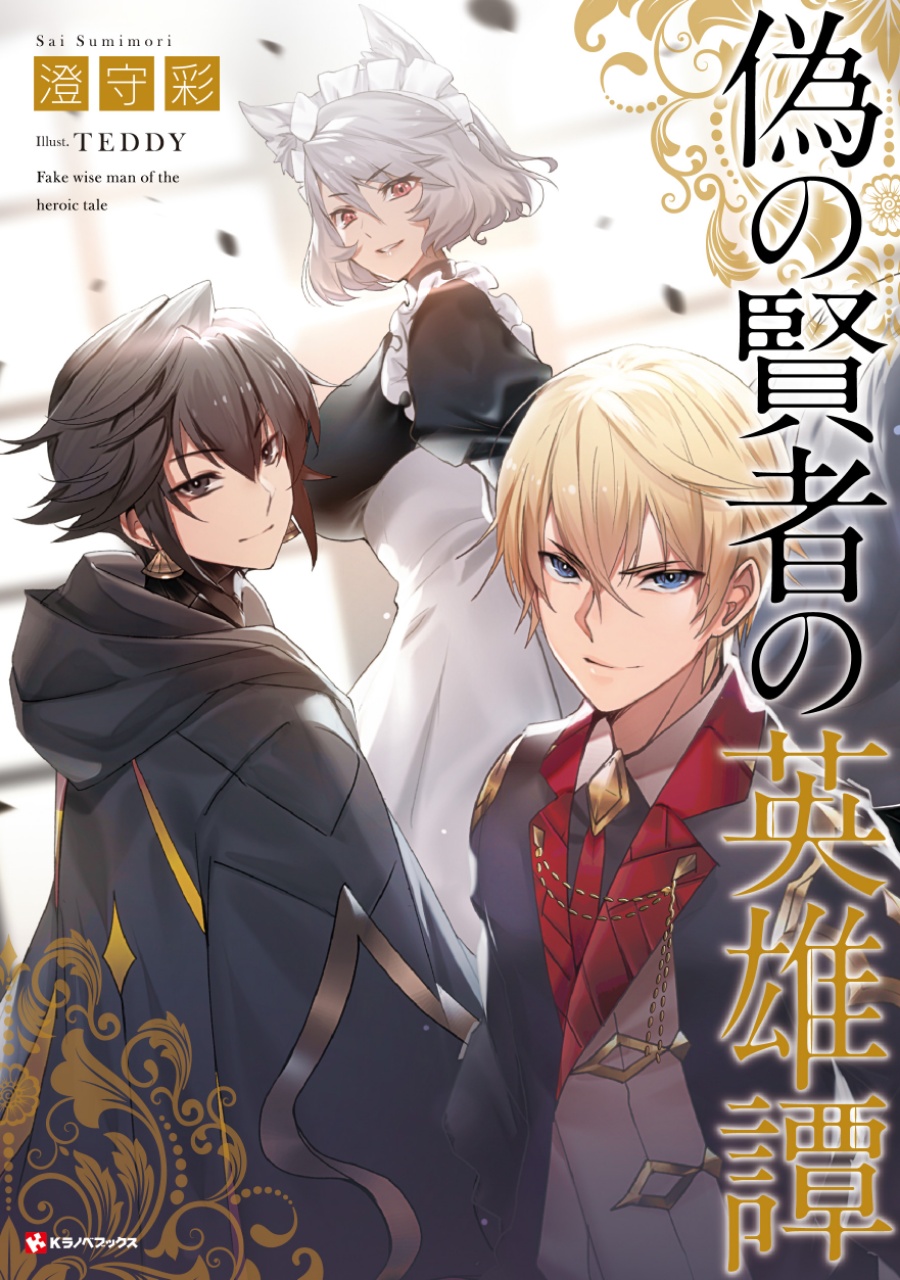 One evening, Seig accompanied by Feri and visited the village for the first time in a while.

The barriers that had been set up in the village had reacted last night.

It appeared that they had given up their attempts to enter the village and did not approach the hermitage, so he did not consider it a problem, thinking it was a beast, but decided to check on it while he was shopping.

Although it was a small, peaceful village in the middle of nowhere, as soon as he entered, he was struck by a strange sensation.

“It looks kind of unsettled, doesn’t it?”

“It’s an air of anxiety mixed with relief. There is something going on, and it has been resolved to some extent.”

Seig greeted the villagers, impressed by the accuracy of his words.

“Sensei! Thank you for the other day!”

It was Connie who came up to him, waving cheerfully.

Perhaps he had just finished his farm work, his face and clothes still covered in dirt.

Before he could ask about the mood of the village, Connie began to speak.

“Sensei, please listen. An army suddenly arrived from the Center last night. They occupied the village until early this morning.”

The neighboring country to the east near here is the country that tried to kidnap Seig just a few days ago. Their relationship with the Holy Kingdom is good on the surface, however. Considering the scale and the current time of year, perhaps–.

“Is it because of a powerful monster …… a dragon perhaps?”

“That’s right! It’s as sensei said. It seems that a dragon appeared in the mountain pass along the border of the main road, and since they failed to subdue it, the dragon fled to the east side of the mountain here. It was a total nuisance.”

The troops chased the dragon and stationed themselves in a village to rest their bodies.

There are no strong monsters in this area. The villagers must have been puzzled by the sudden situation that had arrived in their peaceful village.

“But they left this morning, didn’t they?”

Once the troops have cornered the dragon they will drive it far away at the very worst.

Seig thought, then there’s nothing for him to worry about.

“Yeah. It would have been better if they had just gone. But…”

Seig raised his eyebrows at the words that followed.

“Luna was taken away, too. No, she made a fuss about taking her along. She had a one-on-one battle with the unit commander and was recognized for her abilities, and went out with a snort.”

Seigh let out a big sigh.

“Should I have consulted with the teacher beforehand? The village head tried to stop her, but she was very motivated. ……”

“Yeah, even I would probably try to stop that. But given her personality, I think she would have joined the subjugation team in the end.”

“I don’t know about that, I think she would have listened to sensei. Well, it’s already late.”

It is late in the evening. Even with a hundred men marching, they could have arrived at their destination. But there was still a good chance that the battle had not yet turned into a battle.

They hurriedly completed their errands, including shopping, and left the village.

As soon as they entered the forest, they checked to make sure that there were no signs of people in the area and unloaded their luggage.

“Are you going after Luna-san?”

“Yeah, she’s probably number one among the people here to train. We cannot afford to lose her by any chance. Besides, I am also concerned about whatever it was that tried to break into our village last night.”

The troops were chasing a dragon, so of course, they had no ill intentions toward the village.

If armed soldiers had visited, the beasts would not have approached them.

If so, there must have been someone else who tried to enter the village with malicious intent, apart from the troops.

“In a sense, this could be an opportunity. If we play our cards right, we can make quite progress.”

Seig put his hand on the collar and cast a communication blocking spell to remove the collar.

“You go back ahead and cover for me, please.”

“As you wish, sir. I will get ready immediately.”

He held out the collar to her, but Feri unloaded her luggage as well.

“Wait a minute, Feri? Are you sure you want to do this here?”

Feri put her hand on her maid’s uniform and began to take it off. Without caring that she was completely naked, she folded her clothes and put them away in her luggage.

She straightened her back, closed her eyes, and increased her magic power. A pale light enveloped her, and her figure was transformed to look exactly like Mathis.

She even reproduced the clothing, a ‘transformation magic’ that only she could use.

“It would have been better to do it after returning home. ……”

“But there’s a chance of being stopped on the way home.”

He thought that the chances were extremely low, but certainly not zero.

“I’m grateful for your help every time. You’re really a perfect duplicate.”

“But even with the power of ‘Livra’s Necklace’ implanted in me, it won’t last until dawn. It’s probably because of my lack of power that I can’t last as long as master.”

“Huh? Do you really think that way? It’s because of forcibly connecting something that should originally be used by itself to your magic circuits. It’s only natural that there should be a glitch of that magnitude.”

On the other hand, it can reproduce not only the figure but also the clothes, and it can change its appearance many times, so it is a rather functional improvement.

Rather than dawn, it would only take an hour to go, deal with the problem, and come back.

He put the collar on Feri, who had taken on the form of the Supreme sage Mathis Lutius.

“Are you going to deal with the dragon?”

Seig shrugged his shoulders and said,

“It’s ‘Me’, so I will think about it after discussion.”[TN: Referring to himself with ‘Boku’]

Feri ruminated over Seig’s words as he ran off in a flash.

(I wonder how many people in this world can talk to monsters. ……)

She carried her luggage and returned to the hermitage.