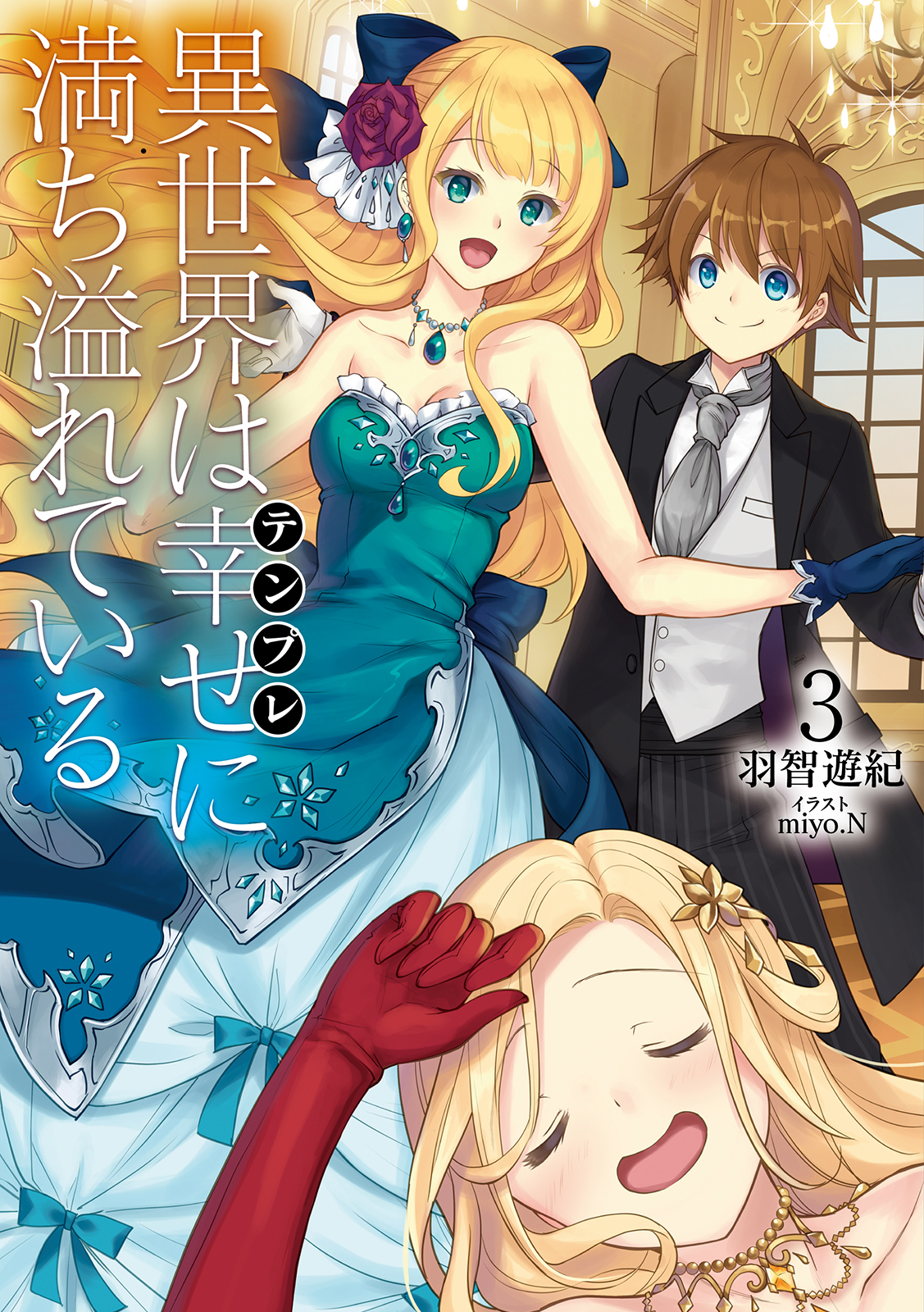 “Ohh! The royal capital sure is different after all.”

When Ryoji arrived at the market, he was overwhelmed by the scale of the market. The number of stores, the number of goods they sell, the number of people who come to buy, everything was on a scale that could not be compared to Drugul.

Ryoji was happily gazing at the market when he remembered that he had come to the stall area to buy food for the party, and he looked for a stall owner who had participated in the popularity contest and greeted him.

“Hey! How are your sales going?”

“It’s Ryoji-san! Since that day, sales have been so good that we had to close our stall before noon! Ryoji-san is truly a godsend! So what can I do for you today?”

“I’m sorry to rush you, but are you free tomorrow? It’s a party to celebrate my entrance into the school with the friends I made at the academy. I thought I’d ask one of the guys from the last outstanding store to come.”

“I’ll go! You are covering the cost of materials, aren’t you?”

“Of course! Please make sure you include the profit in your bill. Or would you prefer if I gave you an advance?”

“It would be very helpful to have an advance. I’ll talk to the other stores!”

After receiving the advance from Ryoji, the owner promised to go to the mansion.

“Hello! It’s an honor to be invited here today!”

“Thank you for having me!”

After receiving greetings from Mateo and Lucia, Ryoji welcomed them with a smile and showed them into the living room. The living room was filled with a large amount of food and drinks they had never seen before, and their eyes were glued to the table.

While Mateo and Lucia had happy expressions on their faces, the members who had already joined the party came into their line of sight, and they exclaimed in surprise at the sheer number of people.

A voice from the back of the room beckoned to Mishka, Rosa, and Orlando. They bowed lightly to the people they had never seen before, but for some reason kept their heads low as they took their places and spoke to the three in a whisper.”

“Hey. Those near the entrance are bigshots, aren’t they? The atmosphere surrounding them was so different, right?”

“I asked Ryoji-kun, and he said they are Count, Duke, and Princess.”

“—-. Why are there such important people? Is it because they are friends of Ryoji-kun?”

An indescribable atmosphere was prevailing. Everyone’s eyes were on Yuhan, Marco, Harrold, and Elena.

“Unfortunately, Lucia is right. And, Ryoji-kun said, ‘We are all friends! Marco is the only one in charge of Tsukkomi, though!’ .”

“What’s that? In charge of the Tsukkomi?”

While the five of them were talking about the participants, a voice came from behind them.

“We just became friends with Ryoji-kun yesterday. May I ask your name?”

“Yeah. My name is Marco. Did you notice that there’s a young man over there preparing to have a drink with the princesses? That’s Count Yuhan Stoke-man, and I am the gatekeeper in his service.”

“Whoa! Who’s in charge of tsukkomi! He’s just saying what he wants to say! And! Why are you guys blurting it out in your beautiful voices!”

Ryoji came to Lucia and the others, gleefully looking at Marco, who was desperately denying it and making tsukkomi.

“As expected of Marco! I can only take my hat off to you for your at tsukkomi.”

“What the hell do you think I am!”

“You’re in charge of tsukkomi, aren’t you? Well, that’s enough for today. Over there is a lineup of dishes that I have approved as delicious.”

While cheerfully saying this, he took Marco and the five others who had been talking to each other to the table. The table to which Ryoji and the others were headed was grandly decorated with flowers and a variety of dishes were placed around it.

After confirming that everyone had taken their places, Yuhan began his greetings on behalf of this party.

“Ryoji! I want you to excel during the next two years and acquire skills that will be useful for the development of the Frontier. Besides, I know it will be hard for you to study the management of the board forest and garrison, but I want you to do your best. Also, I have the pleasure of welcoming Princess Elena and Duke Harrold Coltezis today. Both of them love the sweets made by Ryoji. They are looking forward to them again today. I suppose after-dinner snacks will be served?”

After confirming that Ryoji nodded broadly with a smile, and Yuhan continued speaking.

“First of all, I want you to enjoy the food. Today’s dishes were prepared by the owners of the food stalls that Ryoji met on the day he arrived in the capital. So, without further ado, let’s have a toast. Here’s to the success of Ryoji and his friends!”

The toast echoed and the dinner party began.

“The food was delicious! Why is the flavor so strong?”

“They say it’s a secret flavor. They won’t tell me either.”

“What’s in the soup over here? I want to know what the texture is!”

“It’s the core of the Carobetsu.”[TN: Kind of cabbage I guess]

“Eh? Can you eat the core of a carobetsu?”

“Hey, hey! Tell me about this dish too!”

Harrold was talking to Yuhan as he watched Ryoji frantically answering questions from the women.

“Anyway, what is with the street food?”

“I am sorry. I thought that Ryoji was going to do the cooking. ……”

“No. I just remember when King Marcel and I used to eat out of the palace when we were young. Princess Elena has also eaten local cuisine on her excursions, so there should be no problem. This soup is delicious, by the way. I might even invest in it if there’s a talk about opening an actual restaurant.”

“If Uncle invested in it, it would be a huge topic of conversation, wouldn’t it? Even so, it is really delicious.”

Elena joined Harrold and Yuhan’s conversation. She was holding a piece of meat on a skewer and looked happy when she ate it. Seeing this scene, Harlort spoke to her with a wry smile.

“If the princess’s head maid saw that, she would have a stroke.”

“It’s fine once in a while. The local cuisine served by the villagers on outings is just like that.”

Elena’s speech was slack, perhaps she was completely relaxed, and her uncle, Harrold, laughed even harder.

“Well. It’s Ryoji’s entrance celebration today, so no need to mind the manners. But if you eat too much, you won’t be able to eat the dessato.”

“I still have some room left over to eat the dessato. But can I have it soon? I can’t wait any longer!”

“I understand, Princess Elena. Please wait a moment while I go tell Ryoji.”

Yuhan responded to Elena’s urging with a smile and told Ryoji to prepare the dessert.

In the kitchen cabin, which had been rearranged for the day, about 10 shopkeepers were relaxing after the cooking was finished. When the door opened and they noticed Ryoji entering, they all greeted him. He replied to their greetings and began to prepare the dessert.

“Ryoji-san. What are you making?”

“At Princess Elena’s request, I thought I would make a dessert parfait.”

“Dessato parfait? I have never heard of this name before, right? It is not a meat dish, is it?

Ryoji explained to everyone who was tilting their heads while laughing.

“The general term for sweets served after a meal is called dessert. Parfait is one of the desserts. I’m going to make it now, so watch me.”

Ryoji begins to make the parfait as he gives a rough explanation. First, he mixes strawberries and oranges to make colorful ice cream, which he then arranges in a tall glass. Fruits and nuts were sprinkled on top, and finally, whipped cream was added on top.

The shopkeepers were impressed by the parfait they had never seen before. Ryoji encouraged them to sample the remaining ice cream as a token of his appreciation for the day.

Seeing the store owners’ happy faces at their first taste of ice cream, Ryoji felt that this too would be a success and took the finished parfait to Elena and the others.

Join me on –>discord<— to get update notifications and release schedules.

One thought on “Another World is Full of Happiness Vol.3-Chapter-6”