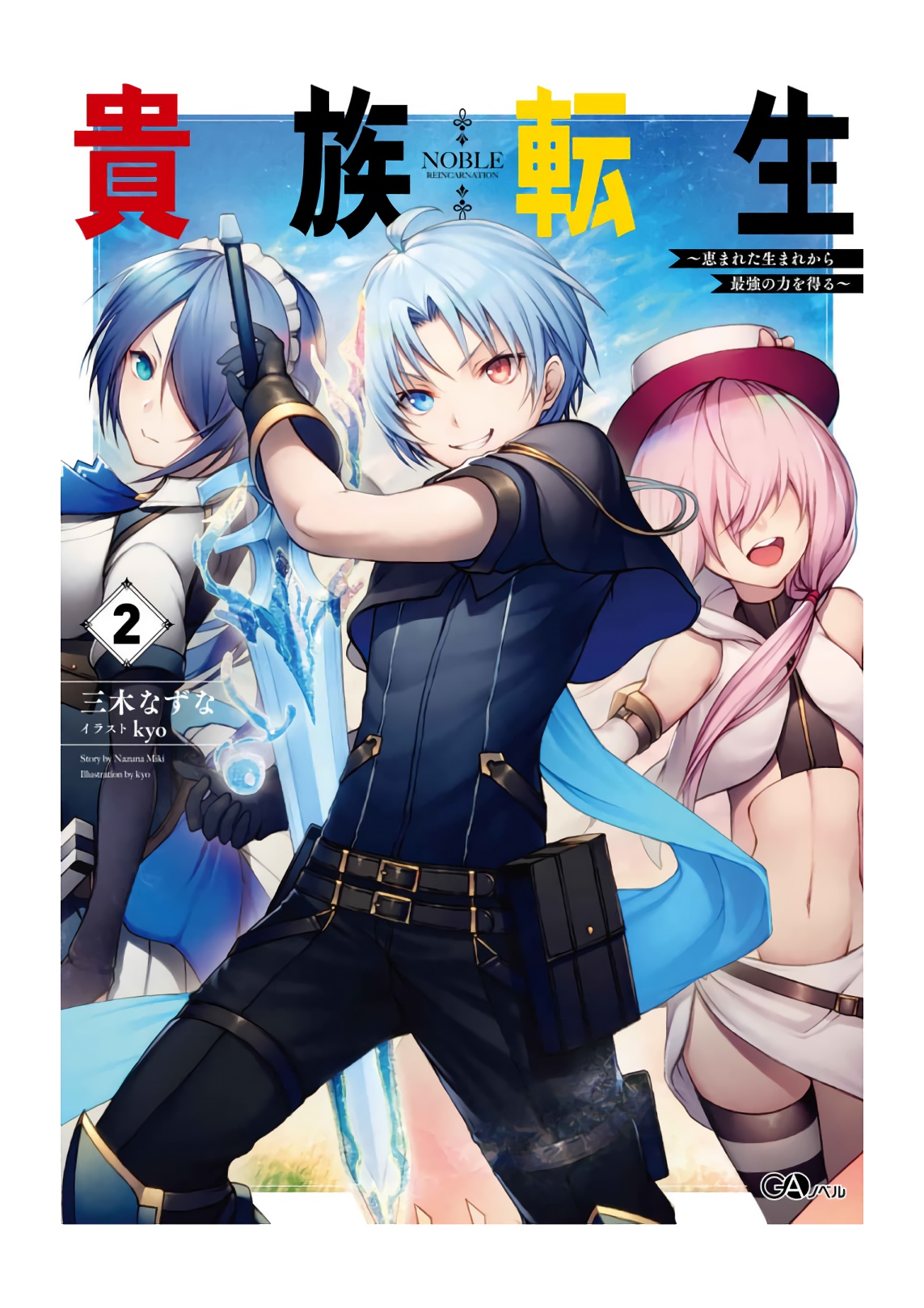 Chapter 47: The Fruits of Thin Patience

On this day, I was in the center of Nisir.

Nisir, the capital of Almeria, is known as the “City of Water” because of the abundance of water that is constantly supplied to the city from a total of eleven water systems.

In the square in the center of the city, there is a large fountain made from a branch of one of the water systems.

The residents of Nisir gather around the fountain in the distance.

Protected by soldiers, I made my way to the fountain, which I had decorated for the ceremony.

When I reached the fountain, I drank a cup of the gushing water, and then another.

Instantly, a huge cheer went up.

“Wow, he really drank it, what a great guy!”

“Even the first-grade water needed to be boiled before it could be drunk, but to be able to drink it straight from the tap is amazing.”

“It seems that the Prince is the one who started the Special-Grade Water.”

I took one last drink and then slowly left the place as everyone around me buzzed.

As I entered a tent set up away from the fountain plaza, I was greeted by one of my men, Don.

“Thank you for your hard work, Master Noah.”

“Oh, so this is the end of the ceremony.”

“Yes, sire. Now that the ceremony is over, we are officially upgrading the Appia Water System to Special Water System.”

This was the most significant work I had done since I entered the fief.

His eyes were fixed on the flush toilet at the back of the tent.

“I’ve never seen anything like it, even in the capital.”

Nisir, the capital of Armeria, has a total of eleven water lines drawn from the abundant water sources around it, so that clean water can be used day and night.

The amount of water that can be used by the people is overwhelmingly three times that of the Imperial Capital on a per capita basis.

“But isn’t it a waste to leave so much running?”

“The water gets dirty after use. If you leave it alone, it will clog. That’s why it has to constantly flow.”

“Well, both first-grade and second-grade water are kept flowing when they are not in use, and they are diverted so as not to clog the sewage.”

“I see! I’ve always thought that it would be less wasteful to install some kind of device at the end of the water supply so that it only flows when it’s used, not left running. It was for the sake of sewage, wasn’t it?”

“That’s what I meant. …… for now, we have one, but I’m planning to turn the remaining ten into special water.”

“Same as a river, river water with sand and dirt in it will gradually accumulate and clog up. The same goes for the water supply. Maintaining third-grade water is more expensive than you think.”

“At first, it is. But in the long run, it’s more economical. Besides, sometimes people die trying to clean up water lines.”

So it’s better to eliminate such problems as much as possible.

I smiled back at Don and listened to what was going on outside.

The residents of Nisir were very happy to see the opening of the special-grade water that can be drunk as it is.

A few days passed, and I was in the study of the mansion’s outer garden.

When I read the letter that came back from Brother Oscar, I couldn’t help but click my tongue.

Don, who was in the corner of the room taking care of some political matters, noticed my clicking and came over to me.

“It’s a letter from Brother Oscar.”

“Is it an official document from the Ministry of Finance?”

I sighed and handed the letter to Don.

Don read it and I thought over the contents in silence.

It was a response to my request for a budget from the Ministry of Finance.

One of the eleven water systems, called the Yuria Water System, was in need of major maintenance due to the accumulation of impurities and damage to the water system along the way.

We applied for a budget for this to the Empire – to the Ministry of Finance.

Oscar turned it down softly in the form of a private letter.

Don looked at me and I gave him a small nod.

“This year’s budget is too tight, even for the Ministry of Finance, and they can’t afford it because of the war expenses in the north. They want to wait until next year.”

Don made a difficult face.

“It is true that the treasury money is running out at an alarming rate. It’s no wonder His Highness the Eighth has said it.”

“I understand. That’s why my brother notified me through a private letter. If he returned it in official documents, the predicament of the empire would be recorded.”

In other words, the Ministry of Finance is in a situation where ‘you can’t give what you don’t have’.

“If we continue to use the water supply at this rate, it will cause serious damage to the water itself if we don’t stop it by the end of next week. And if we do, we won’t be able to afford the maintenance.:

“If it’s …… Yuria water supply, wouldn’t it be okay to leave it alone for a year or so? It’s third-grade water, and it won’t affect people’s lives right away.”

“The Yuria water supply has third-grade water, but it’s the largest water supply. If we shut it down, it will affect public toilets and sewage. We don’t know what kind of negative impact it will have. The sewage must not be clogged. The toilets, too. Worst-case scenario, we could have an epidemic.”[This hits hard]

“But we don’t have any leeway”

“Your Highness, are you going to do it? With your own money?”

“But the restoration and maintenance of the Yuria water system will require a considerable amount of money. It might even interfere with the sustainability of His Highness’ life. Please reconsider.”

“I should have said this before.”

“Patience is a privilege of the nobility. You see.”

Don’s mouth opened wide and he rolled his eyes in surprise.

Leaving Don alone, I calculated in my head the amount I needed and my current assets.

It would be enough if I gave away some antiques and treasures.

Thinking about this, I stood up and looked out the window.

I’ll have to keep this water city clean.

A few days later, while I was doing the same political work in my study.

Don reported to me that the maintenance of Yuria Water Systems had started since I had spent most of my cash.

“The damaged parts have been repaired. So there’s no need to shut it down.”

I stood up and looked out the window at the city of Nisir, just like the other day.

The city is as beautiful as ever.

The weather was fine today, and the water fountains for the common people here and there were sparkling and beautiful.

Suddenly, I noticed something.

There was a fire just a few steps away from my residence.

I moved in front of the window. And Don followed me.

“A fire. There are too many …… buildings in that area.”

Don immediately understood why I had mumbled, “Bad”.

Yes, the fire is in a dense downtown area.

Most of the buildings were huddled together, making it easy for the fire to spread.

In fact, many buildings have already been destroyed by the fire.

“What should we do?”

“You arrange for the evacuation of the residents. I’ll go put it out.”

I left Don in a daze and jumped out the window.

Due to my all abilities SSS, I’m currently invincible.

Jumping out of the mansion, I jumped up on the roof of a nearby house and rushed to the scene of the fire along the roof.

I head to the scene as quickly as possible and try to put out the fire using Leviathan.

If I went all out with the leviathan, it would probably blow up a few buildings, but in a fire, it’s more of a good thing.

By blowing up the surrounding area, I can also destroy and extinguish the fire so that it cannot spread.

I took Leviathan out of my bracelets, returned it to its original size, and rushed to the scene.

At the scene, it seemed that I wasn’t needed.

The fire had broken out in the downtown area, where the buildings were densely packed.

There are markets and restaurants there.

And – there is a third-grade water supply.

It was a place with a third-class water supply running through it.

Most of the residents used that water supply to run bucket relays.

Due to the abundance of water, the fire seemed to spread at first, but once the relay started, the fire was completely controlled and eventually put out.

As I didn’t have a turn to play, I came back to the study of the mansion.

Almost immediately after that, Don came back.

Don bowed and began his report.

“One burned down, four half-burned. In addition, six people fell ill from smoke inhalation. …… Considering the origin of the fire, I’d say the damage is almost non-existent.”

It was lucky that there was only that much damage in that dense area.

“Yeah? What’s wrong, was it something difficult for you to say?”

“No. It was the Yuria Water System that was used to extinguish the fire.”

“If the water supply had been shut down, the fire would have been like….Coronasia, no even bigger than that.”

Don had a look of respect on his face for me.