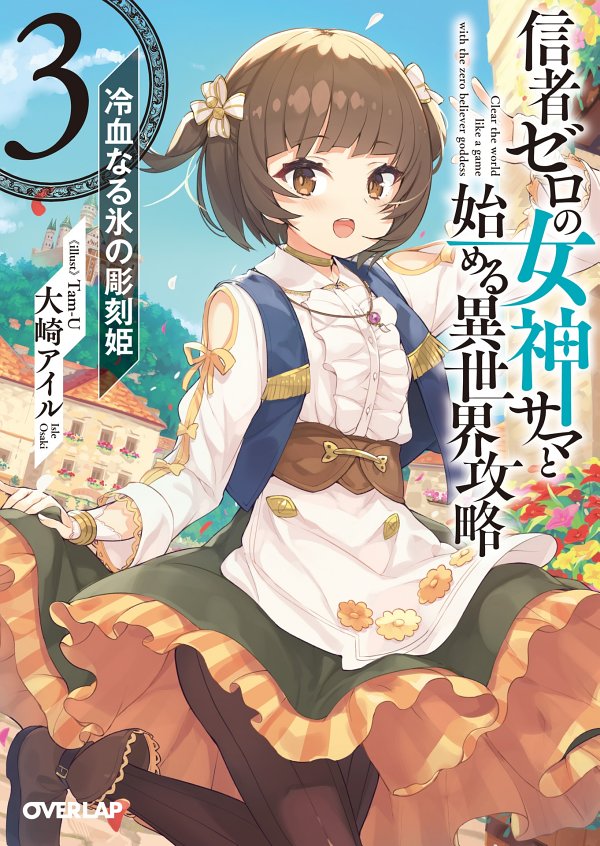 I was planning to post remaining chapter in one swoop, but had a little bit of personal work, so sorry about that. ENJOY~~!

Chapter 2: Takatsuki Makoto has a Meeting with the Goddess

“For the success of the  new business!”

We had a celebratory drink at Cat Ear Pavilion because our new product was selling well.

“That is to be expected!”

Fuji-yan and Nina-san praised me. These two are good at flattery. But it’s not a bad feeling.

“For now, it can only be used in Makkaren and the Great Labyrinth, though.”

I replied as I ate some garlic and olive oil-flavored pasta. This is delicious. I wonder if I can make it myself. There are also anchovy pizzas and fried chicken on the menu.

Sa-san bites into the fried fish with tartar sauce.

“Master, you bought the store again without permission, didn’t you?”

“I-Isn’t it fine!? I told you I’ve been eyeing this store for a long time!”

“Master has no patience for what he wants.”

Fuji-yan is being scolded by Nina.

“Fujiwara-kun, you used to buy all your favorite games and manga in one go, right?”

“Didn’t you spend all your part-time job money on your favorite things?”

I remembered the old days with Sa-san. So nostalgic.

“Hah, ……, the girl in charge of finance will be angry again.”

“Nina-dono, at that time, please come with me there……”

Looking at it this way, they make a good pair.

“She is apparently his first companion in the other world.”

“After all, adventurers should be stuck with the first person they meet, right?”

Why are you saying this all of a sudden, Lucy?

“Hey, hey, Takatsuki-kun. We have been friends since junior high school, haven’t we?”

Sa-san said something like that as if it was a rivalry.

“Isn’t it two years since you met Takatsuki-kun, Lu-chan? Ah, I’m more than twice as long as that. I know everything there is to know about Takatsuki-kun.”

“You don’t know everything!”

I replied to Sa-san, but she kept coming to my room and rifling through my things without my permission.

She also saw my diary, so I guess she knows about me. …… However, when Lucy heard this, she hugged my arm and said to Sa-san, “Speaking of Makoto.”

“A female orc fell in love with him at first sight and almost violated him,…….”

Nina-san’s ear reacted to Lucy’s words with a twitch.

But before Lucy could continue, Sa-san interrupted her.

“In middle school, Takatsuki-kun was favored by a single English teacher, who gave him detention every day, and one day after school, his evil hand finally came to ……”

“My goodness, Takki-dono. I’ve never heard of that!”

Can’t you stop talking about people’s secrets out loud! I’m the one who’s damaged.

We had been drinking happily for a while.

“Makoto-kun! Thank God you’re here, I’ve been looking for you!”

I was planning to return to the Adventurer’s Guild in the evening, but it must be an urgent matter.

Ah, but I’ve been staying at Fuji-yan’s place lately, so I guess she came looking for me.

“I got a message from the Adventurer’s Guild of the Sun Nation(Highland)!”

Highland ……. It’s the largest country on the continent and is home to the Sun Knight Order, of which Sakurai-kun is a member. Speaking of which, the only thing I’ve been involved with them is in the Great Labyrinth the other day. ……

Princess Noel is ……. It’s the princess who is Sakurai-kun’s fiancée.

Marie-san gave me a piece of paper with a short sentence written on it.

I looked over the message.

“Well, in honor of your achievement in saving the Great Labyrinth from the Taboo Dragon, we invite you to Highland Castle. ……”

Marie-san is very angry. By the way, did we only report that we defeated the Harpy Queen?

“I forgot about it.”

She then ruffled my hair.

“The invitation is in a month. Do you understand?”

Well, Goddess-sama told me to get along with the Oracles = Princess.

This would be a good opportunity.

Marie-san then took out a second piece of paper.

“Princess Sofia has sent you an order to come to the capital of the Water Country. It’s due in seven days.”

This one’s an order. And the due date is so short. The princess with the cold eyes comes to mind.

H-Hmmm. I am reluctant to do this.

“It says ‘order’ but in reality, she wants you to come to the capital to say thank you. It’s no different from an invitation from Princess Noel.”

“Well, you should definitely when the Princess is the one who summons you.”

“The guild has a lot to tell you, so you’ll have to show up tomorrow.”

Marie-san sat down in our seat. You’re not going back to the guild?

“I’m done with work for the day! Well, let’s have a drink. I’ll have an ale over here.”

“You’re just barging in like a normal person,” said Lucy in disgust.

“Because Makoto-kun just came back, and now he’s going away again!”

I see, I’m leaving Makkaren again for a while. Well, I just came back. ……

That feeling probably came out on my face.

“Oh, Makoto-kun, are you lonely because you can’t see me? Are you lonely?” She hugged me.

“I am though,” I said, looking straight at Marie-san.

When I see Marie-san, I feel like I’m back in Makkaren.

She was the first person to accept my registration when I registered as an adventurer.

Her face is blushing and her mouth is agape. I didn’t say anything strange, did I?

“Makoto-kun, will you stay at my house today?”

She swiftly approached me and whispered in my ear.

Last time, I was drunk. The following day, I had a headache and it was hard.

Sa-san, Lucy. What are you guys talking about? We see each other every day.

In the end, Marie-san, who wanted to drink, pulled me along and we ended up drinking until the store closed.

The next day, at the Adventurer’s Guild.

“Takatsuki Makoto-san. In light of your contribution to the defeat of the Taboo Dragon in the Great Labyrinth, you have been promoted to Silver Rank.”

I’m impressed with Marie-san’s ability to show no signs of a hangover and keep a clear face after drinking so much the day before. For me, it’s a headache. I want to drink water.

“Wait, I am Silver Rank, huh? It was only recently that I became an iron rank.”

“Damn, you even broke the record for the shortest time to reach the silver rank!”

I could hear Jean’s frustrated voice from behind me.

Lucy was smiling, giving a thumbs up. Sasa-san didn’t seem to understand what was going on, but she was smiling. And I myself am the least sure of it.

“I don’t think I’m strong enough to call myself a Silver Rank. Iron rank is fine for a while.”

This reminded me of Nina-san, who fought with the Chimera in a tie-up. At that time, she was Silver Rank.

I just can’t believe that I’m as strong as her.

“You are not allowed to decline. Aren’t you invited by the royal family to the royal capitals of the Sun and Water Nations? We can’t send you out as a member of the Makkaren Adventurer’s Guild with an Iron Rank.”

Marie-san chided me for being so selfish.

In the end, I became a silver rank, and to celebrate, I was offered a lot of drinks by Lucas-san and the owner of the skewer stall. Marie-san tangled with me, and Jean declared, “I’ll catch up with you soon!”.

Then we left Makkaren again.

Our destination was Horun, the royal capital of the Water Nation(Rozes).

Fuji-yan’s airship was to be used for this trip as well. He was planning to ask Princess Sophia for a business license. Like last time, I thought it would be a carefree flight.

“Everyone, I’ll be accompanying you to the capital. Thank you for having me.”

The one smiling elegantly was Miss Christiana, the second daughter of the Lord of Makkaren.

Is the one behind her a caretaker? One maid. And then there was a warrior who looked like a guard.

(She said she was coming no matter what and didn’t listen.)

We talked in whispered voices.

“Christiana-sama, don’t you have work to do?”

With a sullen look on her face, Nina-san looked salty.

“Yes, I’ve left that to my subordinates. It’s an important job for a land nobles to greet Royalty”.

“I feel sorry for the subordinates who are forced to do this.”

“Hmm? I don’t think there are any rooms available.”

“Oh my? Then I am happy to share a room with Fujiwara-sama.”

Nina-san and Chris-san were staring at each other in silence.

There’s something unsettling in the air, isn’t there?

I glanced at the person next to me. Fuji-yan also looked at us.

And I mumbled in my mind. I felt sorry for my best friend, who had a very sad face.

Update: still doing the remaining part of this chapter and noble reincarnation.
Sorry about the delay

7 thoughts on “Clearing an Isekai with the Zero-Believers Goddess – Vol.3-Chapter-2-Part-2”