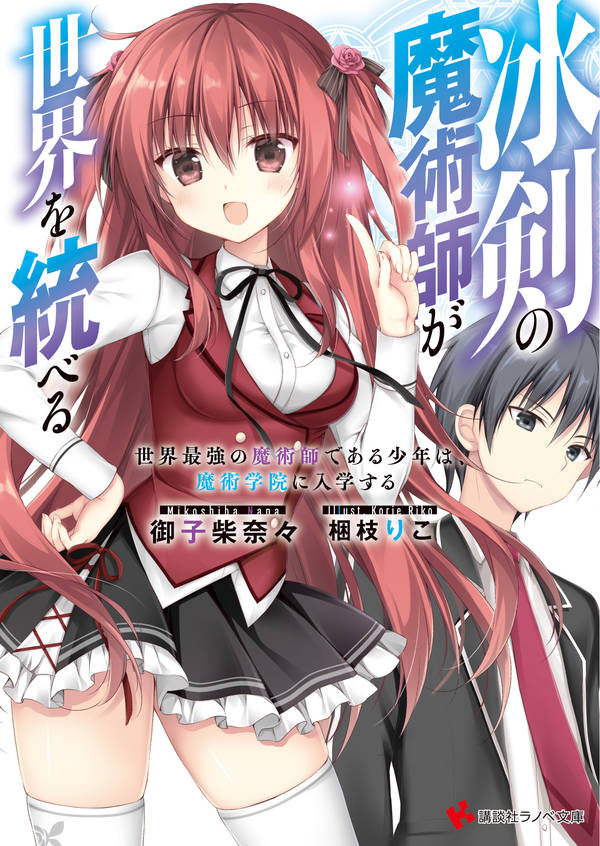 The qualifying round of the Magic Swordsmanship Competition uses league matches as opposed to tournament matches for the main tournament. They fight all the students who have registered to participate, and only the top six fighters advance to the Masonic Swordsmen Competition.

By the way, the first year students can only compete in the rookie competition, so it is the same first year students who will be fighting… but when you go to the senior grades, that’s exactly what happens, there are no grade boundaries. The top six players from the second year to the fourth year are selected, and this is why it is also called the selection round.

Because of this, there is not much time left for the tournament, and some students drop out due to lack of physical strength….

So, I and Clarice were watching the match as soon as we could.

“Who do you think is going to win this match?”

“I don’t know her name, but I believe it’ s the girl. To begin with, the speed and accuracy of the construction of the code technique is far different. The other boys are trying to force it with sword fights, but it’s still poor. “

” What’s the matter? You say! Everything! You are crazy, you can see a winner and a loser within seconds of the game starting!!”

“Mm … is that so? But the difference in skill is obvious. That’s exactly what I’m talking about, at this level, you could tell the approximate result of an attack or defense within five seconds…”

Currently, we were recording the matches that were taking place one after another. The referees were, of course, the teachers of the academy, so we were waiting in the back, chatting and writing the results on a piece of paper, one by one.

After every game, Clarice would ask, “Who do you think is going to win? “So, I tell her my predictions of the results with my impressions each time, but apparently, that seems unusual to her.

Well, but……..Clarice is a student who wants to be a hunter. She doesn’t need to know that much combat-specific technology, so it’s not necessary to understand it…….

What a hunter needs is survival skills. That’s why you should hone that…….but apparently Clarice doesn’t agree with me in many ways, or she has some complaints.

“Are you really a ordinary person?”

“No doubt about it. I’m not a nobleman by birth, and I’m sure there’s no record of a sorcerer in my family.”

“You’re a real mystery to me. There are things like the illegitimate sons of the three noble families that actually have enormous power rather than the Sorcerer , well those rumors have died out now…”

“Oh … my reputation has changed.”

“Yeah, I knew that. I mean, Ray, you don’t care about the rumors or anything… yeah…”

“Oh but more importantly, here she comes. A big one.”

The next match was with Amelia.

Her crimson hair was dominating and her searing eyes had a certain will in them.

However, this match. The victory would already be Amelia’s. That was evident from the sight of the boys standing in front of her. Completely deflated. Clarice told me that no one knew the background of the girl named Amelia-Rose.

I don’t know her in detail, but she has shown talent as a sorceress from an early age, and as a gold-grade sorceress already, it’s safe to say that she’s a deal-breaker.

In fact, I’ve heard some people say that it’s strange for her to be in the rookie competition……. In fact, there are even calls to send her to the main competition.

“Ah…….it’s over. As expected, even I could understand this one.”

“What’s up? Anything wrong?”

I didn’t dare mention it in front of Clarice.

This match. Amelia won a quick victory, but her eyes were frozen, and that’s exactly what I felt, as if I was looking into the abyss.

She doesn’t take victory for granted, nor does she think so…………………..she’s just going through the process indifferently. It’s not her will that intervenes there, it’s something else, and I had the impression that something else was there.

The next day’s lunch break.

The campus was already full of talk about the Magic Swordsman Competition. A rookie competition for first-year students, and then the main competition for second-year students and above. The intramural qualifying rounds had begun, and everyone seemed to be making predictions about who would move up.

There was so much activity in the academy that some people were betting on it. As expected, this was a bit of a bummer for me too.

But it wasn’t a bad mood. The atmosphere of the festivities made me feel like I was once again enjoying my student life.

With that in mind, I put my food on a tray and was moving along when I happened to meet Clarice.

“Clarice. I haven’t seen you in the cafeteria before.”

The expression on her face was somewhat uneasy.

“I always have lunch with my friends. They still have a seat for me to wait for them.”

I indicated the place with just a glance and Evi, Amelia and Elisa were already taking their meals.

I know I’m aware of my lack of understanding of the subtleties of human emotions. Clarice is disappointed. She bows her head with a shudder and is trying to get to an empty seat alone with her tray. But he can’t leave her alone here.

The reason is that Clarice is also a very important friend to me.

I stop her by lightly grabbing her arm.

” I wonder if you want to join us. I’ll be the one to introduce you to everyone. You may be in a different class, but you’re a good friend.”

“No, of course not. And they all have great personalities. I’m sure they’ll take Clarice in.”

Either she”s not too keen on it or she’s shy, but Clarice silently follows me.

“Oh. Let me introduce you.”

Evi, Amelia, and Elisa’s gaze fell on Clarice… but she opened her mouth, trembling slightly.

“Cl-, it’s Clarice-Cleveland!! Well….Ray and I are on the management committee of the Mage Swordsman Competition together…and I’m…well…a friend of Ray’s!”

They all look at her as she replies with her chest heaving, and each of them greet her.

Elisa’s introductions were strangely enigmatic, perhaps because she was nervous, but still they all seemed to accept her without rejection.

Then I brought a chair nearby and the five of us surrounded one table.

And so the self-introductions end and we begin to have our lunch. Then Amelia asks Clarice a question.

“Clarice is on the management committee with Ray, right?”

“Uh-huh. That management committee was paired up this time and that’s how I got together with Ray.”

“Oh … so that’s why you were together yesterday.”

“Just a glimpse, out of the corner of my eye.

And Clarice, who for some reason shakes with a purr. Well, for a moment, her gaze was on me. I guess that’s why I noticed.

It was Evi who voiced that next.

What, they all affirm it as normal…?

I think I’m a person with a combination of blissful common sense… but apparently there was a big disconnect between other people’s perceptions and my own.

“Aren’t they all great guys?”

“Uh-huh! But don’t get me wrong. I don’t think I’m trying to reevaluate you or be nice or cool or anything!”

“Yes, anything you wanna say?”

Clarice’s laugh as she smiled that way was one of the most charming expressions I’ve ever seen on her face. It was so pretty, so beautiful, that it could not be rivaled even by my favorite flowers.

And so we spent this simple afternoon.

Please mention any errors on comments or on discord if you are there.
Join me on discord to get update notifications and release schedules.