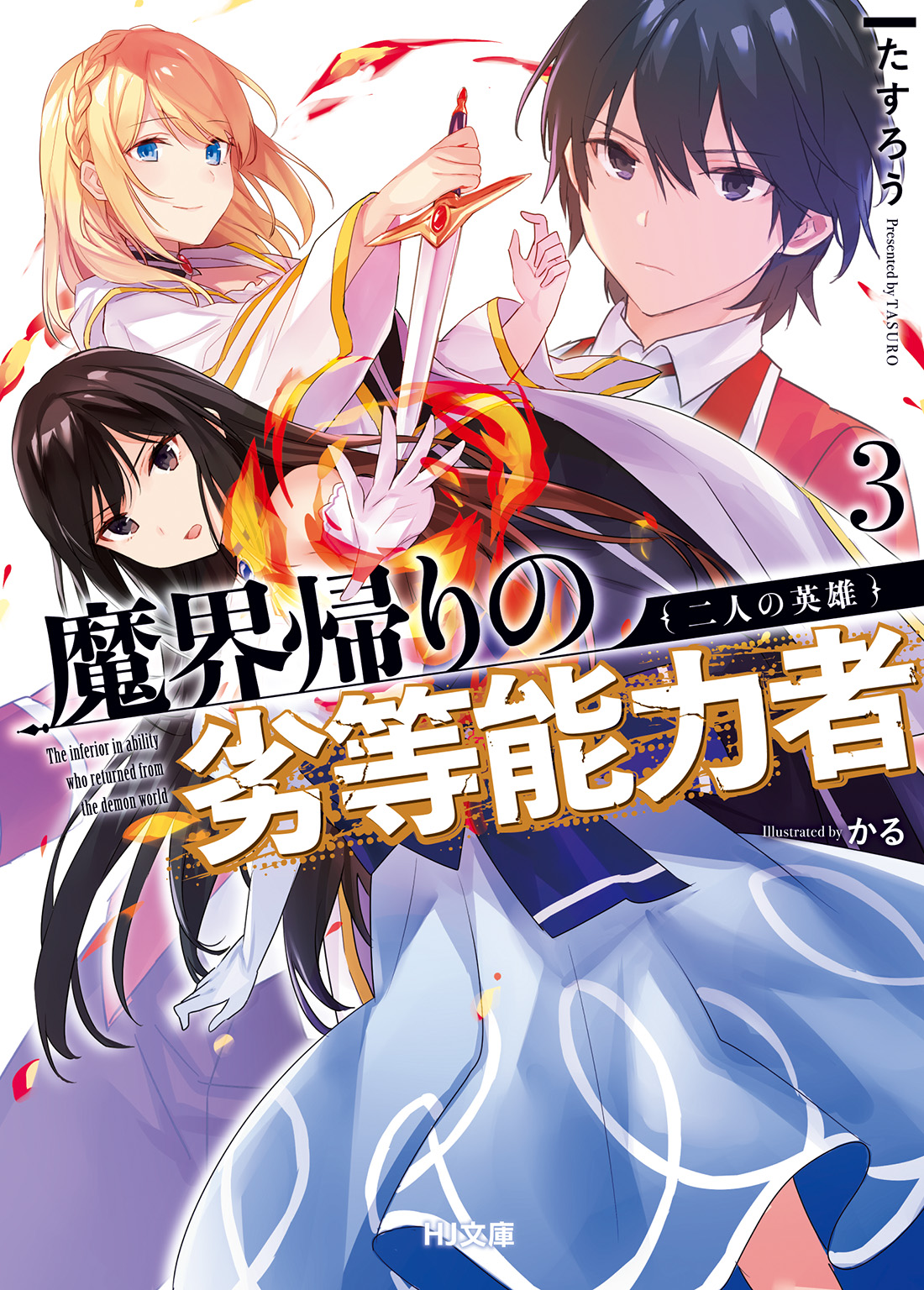 And then the radio cut off.

“Uhmm! I understand! Thank you, Mizuho-san.”

Hiroto replied, and began to jump from the spot.

Marion watched from a distance as Mizuho turned off her radio. Even in this busy battle, she could not miss the slightest change in Mizuho’s expression.

“Ahh! Mizuho-san! What did you say at the end?”

Marion had a woman’s intuition that Mizuho’s last words could not be overlooked.

“It’s nothing! I just told him to hurry up!”

“That’s not fair! I’ll be on the radio next time! Gwen-san!”

“Next time you get contacted, bring the radio to me!”

As Marion said this, she reflected the enemy’s attack and knocked down the five monster birds.

Nearby, Tientan, who was giving instructions to each platoon, was listening to Mizuho’s radio transmissions with somber eyes.

( Found the second point? That technique? What the hell are they talking about? Isn’t that kid running around without a clue, looking for Niezbeck-sama?)

Teintan frowned and casually tuned the frequency of his own radio to the frequency used by the Hiroto. Mathew’s convoy only uses three frequencies, including the main one. The frequencies are changed every time there is an operation, but this is shared with all the troops in advance.

Teintan looked for the frequency that Hiroto and his group were using, but he couldn’t hear their conversation on any of the three frequencies.

(Kuh! These guys changed the …… frequency!)

Teintan clicked his tongue. And that amiable boy made him suspicious.

(If this is something they’re aiming for, the strategy the little boy talked about may or may not be true ……. If so, he’s a tough nut to crack!)

When Teintan’s thoughts turned that far, he distorted his face in displeasure, not daring to look around.

Teintan suddenly straightened up when Mizuho spoke to him.

The normally calm escort captain’s dismay made Mizuho look suspicious for a moment, but then she told Teintan about Hiroto’s warning earlier.

“Tientan-san! There is a possibility that the enemy will summon a powerful demon! Please warn all troops!”

“The enemy seems to be reducing the long-range attack-type of summoned demons. That could be a sign that they’re about to summon something big.”

“No, I understand. I’ll alert all units immediately!”

“Thank you very much! If you see any demons that look like that, please contact me immediately! And please have those troops move back immediately! We’ll deal with that demon!”

Tientan nodded and instructed all the troops with the radio in his hand to that effect.

(How did she figure that out? This sharpness …… doesn’t belong to this girl, does it?)

Tientan has formed a joint front with Mizuho and the others many times. Never before had Mizuho and her team been able to predict the enemy’s next move so quickly with so little movement on the battlefield.

The most important thing in battle is to have solid objectives and priorities and to be flexible enough to secure them at all times.

When Teintan fought alongside these girls, he immediately understood that they lacked this flexibility. He also realized that this was mainly due to their inexperience and inability to grasp the situation.

No matter how good each individual is, if the whole team does not work together, not even the strength of each individual can be demonstrated on the battlefield. When he found this out, Tainan smiled quietly.

They are easy to deal with. ……

But not now. They are able to assess the situation and decide on the next move much faster than the two of them.

So what’s different from last time?

“Shitenji-sama, I have just relayed your instructions. However, you understood very well. That’s excellent. Now we can avoid unnecessary wear and tear on our troops.”

“I am still speculating. However, I would like you to be as vigilant as possible. His instincts are often right.

Tientan’s eyes narrowed for a moment at the mention of “that guy”, but he quickly returned to his usual expression.

“I understand! Speaking of which, where is Domori-sama? Do you think he can find the location of the enemy?”

“No, not yet, but he said that he will be able to find out soon. If that’s what he’s saying, then this is the critical moment! Please do something to maintain the front line!”

“I understand! We’ll do our best to hold off the enemy.”

Mizuho said so and ran to the south side of the troops where eight gargoyles were closing in.

And Tientan was glaring at her back.

“He can find it out? What is that little …… boy thinking?”

Yesterday, Hiroto had told Teintan that he would just run around and try to find the summoner. But now, after the conversation with Mizuho, he changed his mind and thought that Hiroto had an agenda and was acting accordingly.

However, he doesn’t know what that aim is.

He has been instructed by Niezbeck to keep contact to a minimum during operations. And Niezbeck had assured him that his whereabouts would never be discovered.

Also, it’s hard to contact them without knowing what Hiroto and his group are up to in this situation.

“You little bastard! What in the world are you aiming for!”

Forgetting that he had subordinates around him, Teintan spat out his words, causing the others to look at him in surprise. Noticing this, he hurriedly began to command his troops, keeping up appearances.

(I still have to avoid being suspicious. ……. Niezbeck-sama’s order was to lead the troops with all my might to avoid suspicion.)

In fact, Tientan’s command up to now has been reasonable. Therefore, he was highly trusted by his subordinates.

However, no one could have known that he was ordered by the enemy summoner. ……

Mizuho stood in the face of the allied troops and cleaved the enemy gargoyle with a wind vacuum.

“I’ve taken care of the enemies in the sky! Concentrate fire on the demons on the ground!”

Seeing the morale of the troops rise, Mizuho looked to the other front lines.

In fact, at this moment, Mizuho’s mind was dominated by a strange feeling.

(Why did I say earlier that …… his, Hiroto’s, intuition was good?)

Mizuho clutched her arms tightly in a frustrating feeling that something was about to come back to her.

“I have to hurry! If it’s a big demon that a skilled summoner is going to unleash on a stalemated battlefield, then there’s a good chance it’s going to be someone substantial!”

Hiroto is moving just like a gale. It’s not a speed that can be normally used to move through deep mountain forests. He was kicking from tree to tree, right to left, without stepping on the ground even once.

If Hiroto’s prediction was correct, then a powerful demon or demonic beast released by the enemy summoner should already be on its way to Mizuho and the others right now.

It would only buy time to complete the mission of escorting Mathew to his speech at the United Nations.

If that’s the case, then what’s the point of this operation?

Hiroto was convinced that this enemy was dangerous after throwing himself into the battlefield.

It’s not just the fighting ability. The assassins always get information about them, and they always attack while taking the initiative. They are the toughest enemies to deal with. If they were allowed to do whatever they wanted, not only Mathew’s safety but also Mizuho and Marion could not be guaranteed.

Besides, there would not be a second attempt at this mission, considering its contents.

If the predictions made by Hiroto and his group are correct, and if this fails, the enemy will surely come up with a countermeasure. Then, this disadvantage could not be overcome for long.

This is the time to strike a powerful blow against the enemy assassin, preferably destroying it outright, and making future tasks much easier. As a side effect, it would also increase the survival rate of Mathew’s soldiers.

That was the purpose of this plan.

The timing of the operation was dicey, as the enemy might summon some big guns, but Hiroto and his group couldn’t let this one chance pass them by. Hiroto kicked the trunk of a large tree.

(It must be close! Considering the positions of the two points earlier, it must be!)

Just when Hiroto thought that, he landed on the tree in front of him with both feet as if he was breaking suddenly.

“This is it! The enemy’s spiritual power mist ends here!”

Hiroto hastily unfolded the map and marked the current location, which was the third point. He then took out a pencil, ruler, and compass and drew two lines with the ruler for each point. He also drew a line at a right angle to the center of the line connecting the two points.

(Okay, confirm the intersection of these lines with a compass…..)

Hiroto hurried to find the location of the line to draw on the map. During this time, a large force of the enemy might be heading towards Mathew’s unit.

He calmed his nervous mind and carefully drew a circle with his compass at the point where the two lines on the map intersected.

“If my prediction is correct, it should be …….”

The three …… points overlapped on the line of the circle drawn by the compass.

“Yes ……, the enemy is in this place! The problem is the height, but it can’t be that high up!”

Hiroto went down to the ground and quickly took out his radio to contact Mizuho.

While he was calling out, Hiroto unfolded the map and confirmed the distance and direction of the enemy’s expected position from the location of the unit. The location was about five hundred meters southeast of the unit.

There was no response from the radio ……. Hiroto’s whole body was filled with anxiety.

There was still no response.

Hiroto stood up hurriedly with a tense face, put the radio on his back, and ran to the place where Mathew’s escort unit was.

Hiroto sprinted through the jungle towards Mathew’s troops.

It shouldn’t take him more than a few minutes to get there on his feet.

At that time,……, there was a loud vibration and roar from the left front of Hiroto.

( It’s the impact sound of spiritual power and magical power colliding! This size …… this opponent is no small thing!)

After all, a big summoning demon was coming.

And Hiroto is convinced that Mizuho is now in a battle.

Hiroto bit his lip and went through the trees.

At the same time, Hiroto kneaded SenKi into his sub umbilical dantian. The SenKi sweeps up from his body and circulates throughout his body as if it were wrapped around him, sublimating with each circulation.

Eventually, the SenKi was sublimated to the point where it possessed spiritual power and gave Hiroto the ability to crush even the non-worldly beings.

Now, his face is that of a warrior who has gone through thousands of battles.

The numerous battles to the death that he experienced in the Other World called the Demon World, which he arrived at through the Makai Cave managed by the Domori family, brought him up to be a first-class warrior.

There, ……, Hiroto gained many things and lost many irreplaceable things as well.

As a result, he has grown tremendously.

(I! Didn’t get stronger to lose! I will be going in seriously!)

Hiroto widened his eyes and raised his voice.