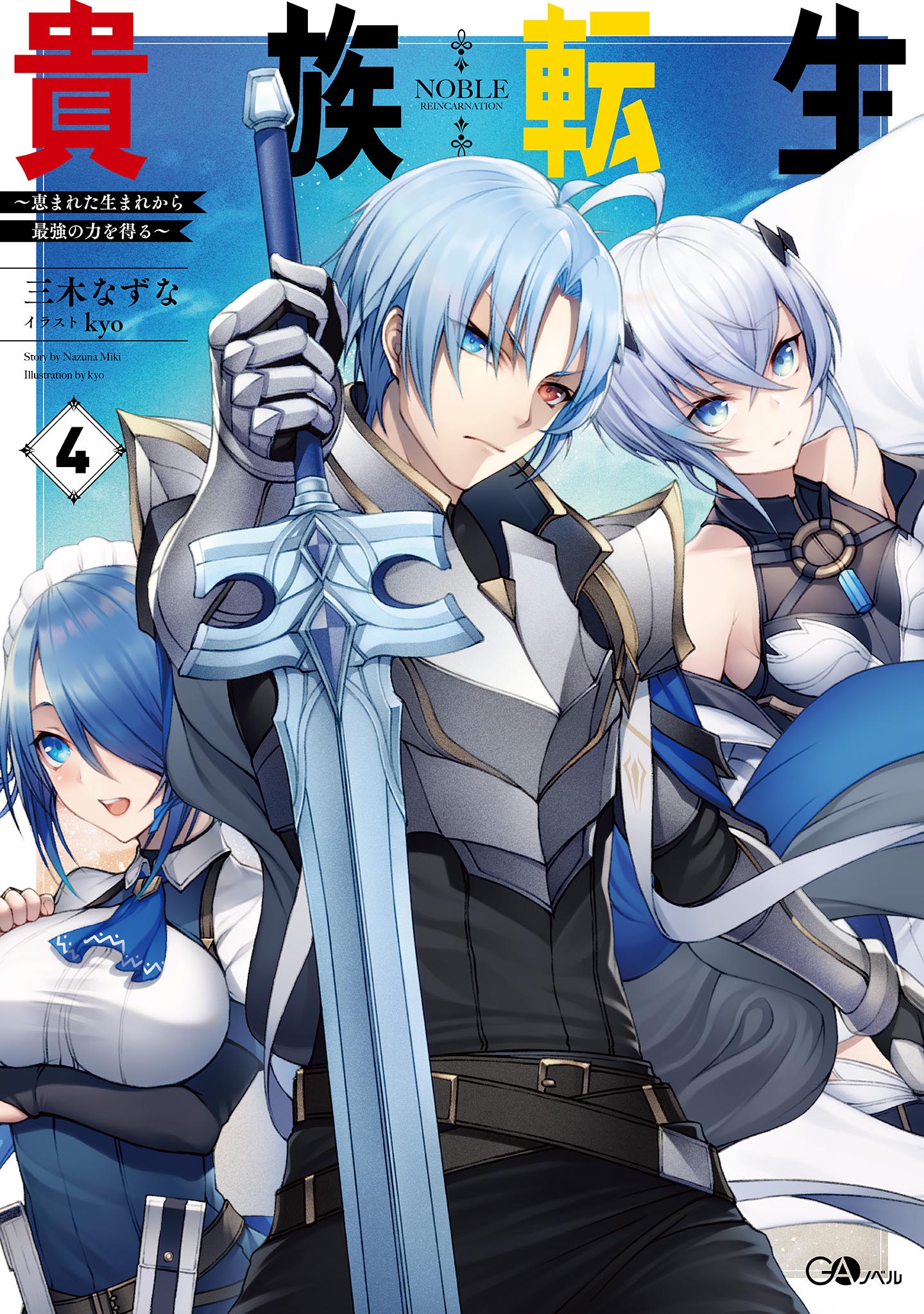 Chapter 87: Leave it to the Mad Dog

At night, I was quietly standing in a place where I could a short distance from the riverbank, overlooking it.

I was now acting alone after separating from Zoe, and don’t have to be so attentive or concerned anymore, and I use all my strength to hide my presence.

Usually hiding in the bushes is the way, but alone, I can’t be noticed unless I’m standing directly in front of them.

So, I was observing what they were doing.

The pier on the riverbank has a huge bonfire burning, and the light around it is so bright that it looks as if it is daytime.

The reason why it was so bright was because of the loading operation.

The fully loaded boat leaves the port, and a new boat arrives and loads the jute bags onto it.

The jute bags are filled with salt.

Since I started monitoring the situation, enough salt has been loaded and taken away to feed tens of thousands of people.

“I guess they couldn’t wait much longer.”

The smuggling that couldn’t be done because of my presence, resumed immediately after my death.

I couldn’t help but chuckle, expecting that I might have to wait a day or two to see what happened.

The reply I got back from Leviathan was a strong ‘leave it to me’.

With this, the evidence was secured.

Dussel’s salt sales and transportation are taxed, so they are always required to report detailed figures.

I have them report those figures, including the most recent ones, to me from the Imperial Capital.

I don’t need to compare the details of the situation in front of me.

It is far more than ten times the normal sales and transportation.

This situation itself was already a piece of evidence.

To get further evidence, I headed for a houseboat that was parked a short distance away.

Amidst the large number of boats transporting cargo, the houseboat was not far away, and I could even hear the sound of pleasure in the wind.

Approaching the boat, I strapped Fuwawa’s string to the boat itself.

Then, via the boat and the thread, I heard the voice.

[Carrying this much at once. Is it going to be fine?]

[Don’t worry, we’ve received black market clearance from Olcott, so there’s no way we’ll be stopped on the way.]

One of them was thoughtful about the situation, while the other one was a bit of a rush guy.

[The Emperor may send a new one. We have to do as much we can in the time between the death of the current one and the arrival of the new one.]

The calm man was persuaded.

I guess he had a point.

Considering that an Imperial envoy was sent to investigate the situation rather than the Emperor himself, it is more than conceivable that a new person will be dispatched because of his sudden death.

Until that person arrives, it should take 20 days of back-and-forth information, the Emperor’s decision, the new envoy’s travel, and other factors.

20 days can be considered long enough, yet also short.

It is the right decision to use this time to fight the next opponent and make a big show of it.

[Rest assured, we will let you know as soon in case there is any problem. The 10th Prince was very fond of the women I sent last time.]

I heard the voice of the third man.

Depending on their position, people change their tone of voice and use of language.

The third man’s voice clearly seemed to think he was above the other two.

[You have done well to gather them all.]

[If His Highness likes them, it’s nothing.]

[His Highness likes it no problem. No, Great men always have a great fondness for sensual pleasure. I have gathered more and will send them tomorrow.]

The first two men switched to a tone of encouragement.

Apparently, the man was a retainer of the 10th Prince, Dustin.

Dustin has always been famous for his love of women, and in a sense, he even has the reputation of having the most potent blood of His Majesty the Previous Emperor.

During the knight selection process, he demanded a lap pillow, and it was Sheryl who intervened and stopped him from doing so.

I kind of regretted it.

I didn’t want to hear this story.

Or rather, I didn’t want to hear the rest of the story.

Cutting the cord, I decided to charge in.

I kicked the ground, leaped, and smashed through the window of the houseboat.

Before the two conspirators could do anything, Dustin’s retainer’s head was in the air.

In the split second that I was in there, I pulled out Leviathan and decapitated the guy, which in itself wasn’t much of a feat.

That applause was for my judgment.

I’m here to get my salt tax back this time around.

If it turns out that Dustin is involved here, he will have to be punished as well.

That is, at worst, a death sentence.

It would be too important if it comes to taking the 10th Prince’s head as well.

So I pretended I hadn’t heard that and slashed Dustin’s retainer before anything more could come out of it.

Bahamut understood that in an instant and applauded me.

Well, it doesn’t matter – and I turned to face the two men.

The two young men, one of whom was still very surprised, the other looked as if he had guessed what was going on.

The surprised, short-tempered man stood up and motioned to the outside of the boat.

Instantly there was a flurry of activity outside, and I heard the noise of boats scrambling away.

“I see, you were prepared for this huh.”

“You are right about being prepared, don’t worry about that.”

The short-tempered man said that and the calm one laughed.

“It’s a shame that you’re not dead, but I didn’t expect you to be. Now you have no proof.”

“You really think there isn’t?”

“The boat will sink some distance away. It’s salt that’s sinking, and once it’s in the river, all the evidence will be wiped clean.”

“I see. You’ve thought this through.”

He looked as if he felt something about the fact that I was calm.

I held up the leviathan to indicate that he was right.

“What are you going to do?”

“I’m going to get the evidence back. Leviathan.”

A strong emotion flowed from Leviathan, ‘I’ve been waiting for this!’ .

From the moment he found out that I had been poisoned for assassination, Leviathan, a loyal and mad dog, showed a great deal of emotion.

When I quieted him down and gave him another task, Leviathan did it happily and above all with all his might.

I hear a sound.

The sounds of ships sailing on the water, and the rustling of humans, in great numbers.

The man shouted, and a man who looked like a subordinate rushed in from outside the houseboat.

“D-Disaster! The boats are all turning back.”

“What! Get them away from us now!”

“About that! They’ve lost control of the ship.”

The guy looks at me, then goes “huh” and stares at me.

“Yeah. Once you control the flow of the river, it’s easy to bring the ship back.”

“Nonsense! How is that possible?”

“Amazing ……, that much power. May I ask your name?

Thanks to Leviathan, I could say that the evidence was completely secured, so I decided to tell him my name again.

With Leviathan’s power, I created a Coat of Arms designed as a ship with water before them putting even more pressure on their consciousness to strongly appeal to me.

The pressure gives the impression that I am the emperor.

“I am Noah Ararat, Empire’s Emperor.”

Both men were speechless.

The name through the power of the Demon Sword is the name that makes you believe that the other party is the “Emperor” even if you have no proof.

This is settled—is what I thought.

the man shouted, signaling to the outside.

The next moment, armed men rushed in from outside the boat, one after another.

In the blink of an eye, they filled the houseboat and surrounded the outside as well.

“That man is a traitor impersonating the name of His Majesty!”

Even the Calm one was angry and ordered his men to kill me.

Leave it to me.

I think I heard it in words, though dimly.

Leviathan seemed to be awakening, like Bahamut, whom it considers its rival, due to the high tension and the fact that it had done something that was at the level of breaking the limit, taking control of the entire river.

Then, I decided to wield Leviathan.

About 100 people were surrounding me, and 200 more were on the other side of the pier.

I swung my demon sword at them.

The light blue light of the sword on the river at night was fantastic and beautiful, and every time it passed by, blood-splattered and screams filled the air.

A feeling of joy flowed from Leviathan each time.

It took me less than five minutes to defeat two hundred people, thanks to Leviathan’s high spirits.

Only two remained at the end.

One had an extremely moving look on his face, while the other was shaking uncontrollably from the waist down.

You can try sponsoring a chapter for noble reincarnation (6$/chapter) through —>Ko-fi<— just mention the series you are supporting.