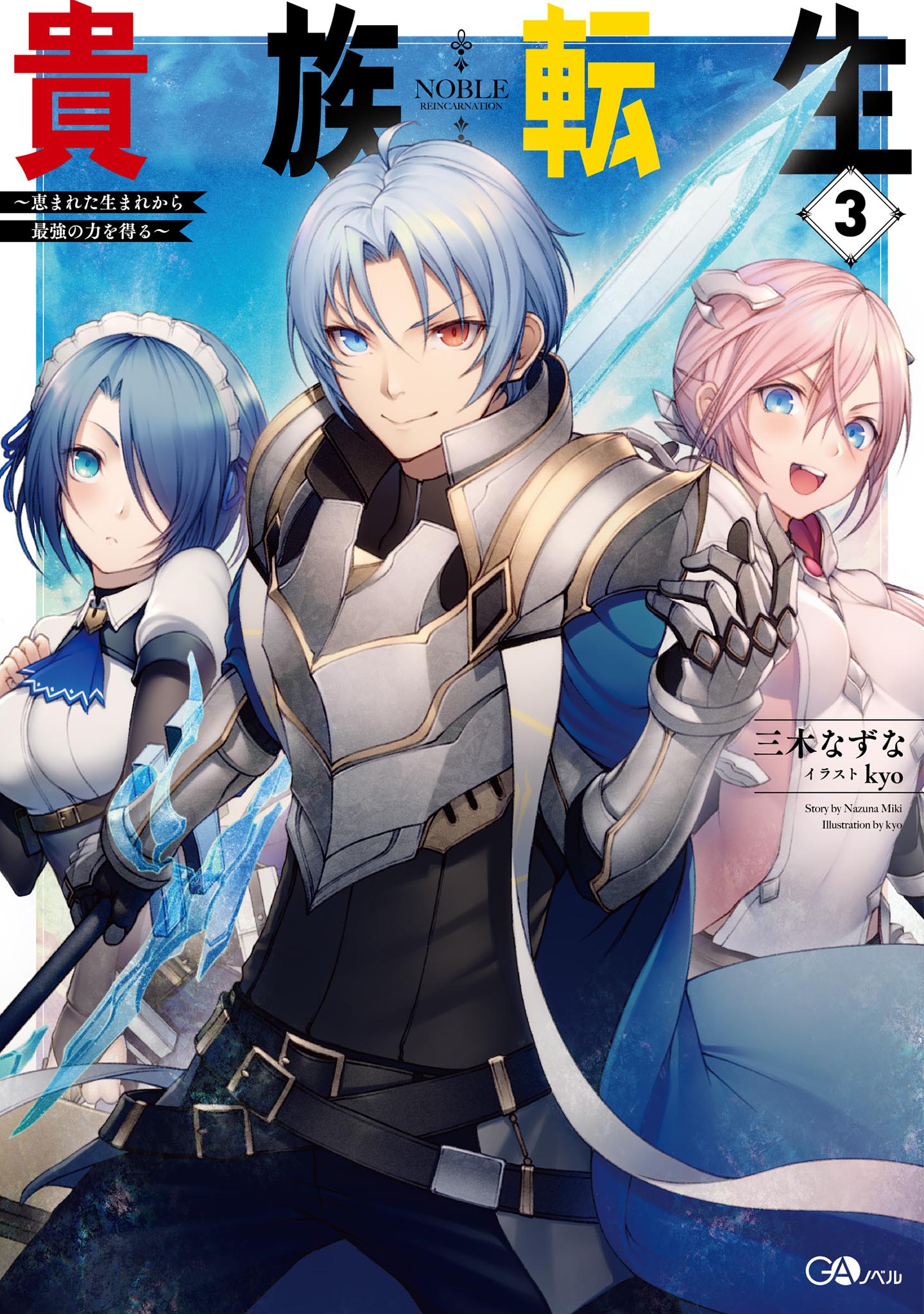 In the store, Alice is playing the harp and singing as usual.

And from the best seat, His Majesty is listening to her.

Sometimes he looks straight at her, sometimes he closes his eyes and sways his body in rhythm with the song.

His Majesty was enjoying Alice’s singing.

Curuz and I were standing behind him.

I had gotten the hang of using Apophis.

His Majesty had come to Keith’s in secret, in accordance with Alice’s insistence on singing only in the establishment and not in a solo performance at someone’s mansion.

Naturally, there are quite a few customers around.

As long as it’s not too much trouble, no one can harm His Majesty since I’m with him.

However, there is a great possibility that some people who don’t read the atmosphere will spoil His Majesty’s fun.

So, to prevent that from happening, I took measures with Apophis.

There is a fine line between medicine and poison.

A drug that works on humans is usually just a poison with weakened toxicity.

So I used Apophis to put all the customers in the store to sleep.

I didn’t want them to snore, so I paralyzed them to a certain extent and took away their physical freedom.

Since, all the people here were just customers, and none of them could resist Apophis’s poison – they were all put to sleep by me without any effort.

As a result, His Majesty’s reception went off without a hitch, quiet and peaceful.

Even so, I looked around to be on the alert, just in case.

Suddenly, I made eye contact with Curuz, who was also waiting.

He only moved his lips and said it without speaking.

I could tell by the way his lips formed because it was a simple word.

Because a eunuch is a person whose job is to serve the nobleman.

Unlike mere servants, eunuchs are castrated, so they can only do what eunuchs can do, and as a result, they specialize in the ability to serve – the skills to make the nobleman comfortable.

And Curuz is a eunuch who has been serving the “Emperor” for a long time.

The emperor has far more power than just a common aristocrat, and Curuz is skilled at serving him.

If Curuz is saying that he’s ” as expected “, then this is the right thing to do in order to have His Majesty enjoy himself.

I then continued to use Apophis to maintain His Majesty’s entertainment environment.

At the interval, Alice retreated backstage for a moment.

The restaurant was filled with applause as I had broken the sleep and paralysis of all the guests just before.

Most of the customers looked confused, but they still applauded as they were carried away by their surroundings. [TN: Here it says ‘狐につままれた’ kitsune ni tsumareru, also termed as a Japanese Idiom that means being disbelieving one’s eyes, because the situation feels like surreal like a fox had put a spell on you]

“I heard that the war with the Saeis in the south has come to an end.”

I wondered for a moment why he was talking about it now.

The Empire is a Warrior nation, and there are always wars and rebellions being suppressed somewhere within its borders.

And, recently, in the south, there had been a battle against the Saeis, a tribe that lived in the forest and did not obey the empire.

“They’re giving out awards for meritorious service, and a man named Jerry Eisen was reported to have done particularly well.”

I caught him and sent him to the army as a prisoner of war, but he came to the surface surprisingly quickly.

“After losing the local battle, this Jerry guy gathered up the remaining soldiers and pushed the enemy back. I heard that he was like a lion in the field.”

“He said that he wants to repay your favor, Noah.”

“You gave me a new and hopeful second life. Like a father figure.”

I have nothing against this guy Jerry, but it feels strange to be referred to as a father by a guy like him.

He’s probably twice my age, to begin with.

His Majesty said in a good mood.

“The man who was a thief has become a useful soldier. Moreover, if he can organize his troops and move them around like arms and legs, then he will be a general.”

He was the leader of the bandits, so I knew he had the ability to organize the troops.

“You found the man and sent him to the right place. Noah, as always, you are amazing.”

“People are treasure and potential. Your Majesty.”

“Yes, and it was a moment when that potential comes to fruition.”

“Keep up the good work.”

After the performance, His Majesty said he wanted to look around the city some more, so I accompanied him as an escort.

We left Raid Street and came to Hose Street.

Hose Street is the busiest street in the Imperial Capital.

There’s a huge plaza where the ceremonies of the expedition and the big festivals are held.

Large events are often held here, and the street is usually quite crowded.

“Muu? What’s that? Is it something for sale?”

His Majesty showed interest in a stall in the middle of the square.

At first glance, it looked like a stall, but the merchandise was unusual.

It was a simple stall with several huge jute sacks lined up with strings tied around their mouths.

While saying this, I approached the trader in the stall.

I glanced over to see that His Majesty and Curuz were accompanying me and then asked the trader.

“Where are these slaves from?”

“They are newly arrived slaves of the Saei tribe, sir. Indeed.”

“We won the war against the Saei tribe.”

I spoke calmly but relayed the obvious thing like this.

The empire is always fighting somewhere, that’s why there is such a thing as military service as a punishment.

And the Empire has always won. Each time it has won, it has taken a large number of prisoners.

Most of the prisoners of war go to licensed slave traders.

Slaves of unimportant status are stuffed into jute sacks and sold for literal piles of money.

“I see, buying and selling of slaves is done in this way.

I turned around and bowed slightly to him.

“Yes, my lord. Will you be buying some of them?”

“How much for these?”

The merchant replied with a sales smile on his face.

“Is that cheap? Or is it expensive?”

When His Majesty asked further, I answered.

“For 10 reens, the sack will have a spell of absolute obedience on it.”

“Yes, it’s a spell that causes them to be obedient to all orders, as the first person they see when the bag is opened becomes their master”.

“That’s what this bag is for.”

His Majesty looked at the jute sack with great interest.

Maybe he will buy it.

Although the magic of absolute obedience is in place, just in case, I touched the top of the bag to check if there was any weapon or something hidden inside.

“Can I help you, customer?”

I gazed at the bag as I touched it.

There’s no doubt about it.

I took out 10 reens from my pocket and tossed them to the merchant.

“Yes, a pleasure to do business with you.”

“Why so sudden Noah?”

I untied the string that bound the bag and a woman emerged from it.

She had shaggy hair and rags-like slave clothes.

It’s a common look, but that is not what I’m looking at.

It’s my status that is in view.

The moment I touched the bag the girl was inside, the “+” in my MP went up one level.

This would not happen with a mere slave.

To confirm this, I paid the trader to buy her, opened the bag, and activated the magic of absolute obedience.

The girl furrows her brow and tries to shut her mouth like a clam, but there is absolute obedience magic.

She was surprised that she answered against her will, but we were surprised too.

“What a surprise! You saw right through this, Noah.”

His Majesty and Curuz were both surprised.

TN; That jute thing was weird.